After a comprehensive review and public input process, at the May 17, 2022 board meeting, the Board of Education unanimously voted to adopt Scenario 5 for transitioning to By-Trustee area elections, in compliance with the California Voting Rights Act (CVRA). The board also adopted the election sequence for transitioning from at-large to by-trustee areas through the 2022 and 2024 election cycles.

On June 16, 2022, the County Committee on School District Organization voted to approve the change in election method and the selected trustee are map. 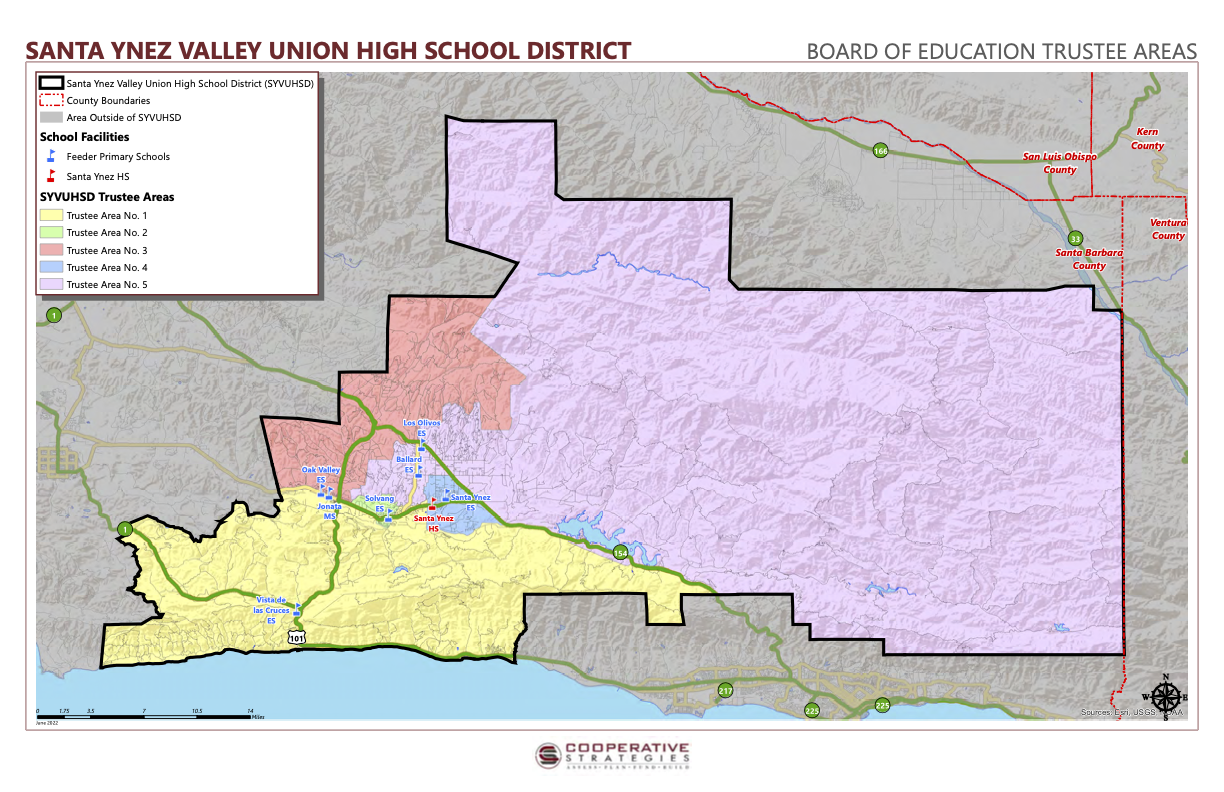 The Santa Ynez Valley Union High School District, like many other cities and school districts in the state, is in the process of changing how members of the Board of Education are elected to office.  This change is in response to requirements within the California Voting Rights Act (CVRA) which prohibits at-large elections which impair the ability of a protected class to elect candidates or influence elections, and in response to potential litigation for not implementing the provisions of CVRA. In September of 2018, the Santa Ynez Valley Union High School District Board of Trustees directed staff to begin the process of moving Santa Ynez Valley Union School District from at-large elections to by-trustee elections. The district has hired an outside demographer to help us during this process.  The information below, including the timeline, will help you understand the process in more detail.

The five (5) board members in the Santa Ynez Valley Union High School District are elected by all of the voters in the district. This is known as an ”at-large” election. When there are multiple board seats up for election, voters choose multiple candidates from those who are running when they complete their ballot. When elections are held through “by-trustee areas,” the district is divided into smaller areas and candidates for the board seat representing that district area must reside in that specific district area. Voters select one candidate from those who are running to represent their area of the district and do not vote on the seats representing other areas of the district. At the September 11, 2018 Board Meeting, the Board approved Resolution No. 2018/2019-6, “Initiating the Process of Establishing Trustee Areas and Elections By-Trustee Area” to be effective for the 2022 election using 2020 Census data.

Trustee areas must be roughly the same size in terms of the number of residents. Using the latest Census data available, a demographer generates maps that balance the size of each area along with requirements to ensure protected classes of voters are not divided in a manner that would make it more difficult for them to elect candidates of their choice or influence the outcome of an election. Trustee areas will be determined using Census data collected in 2020 once that data is certified. The demographer may also take into consideration local conditions such as major roadways, natural barriers, and other factors. 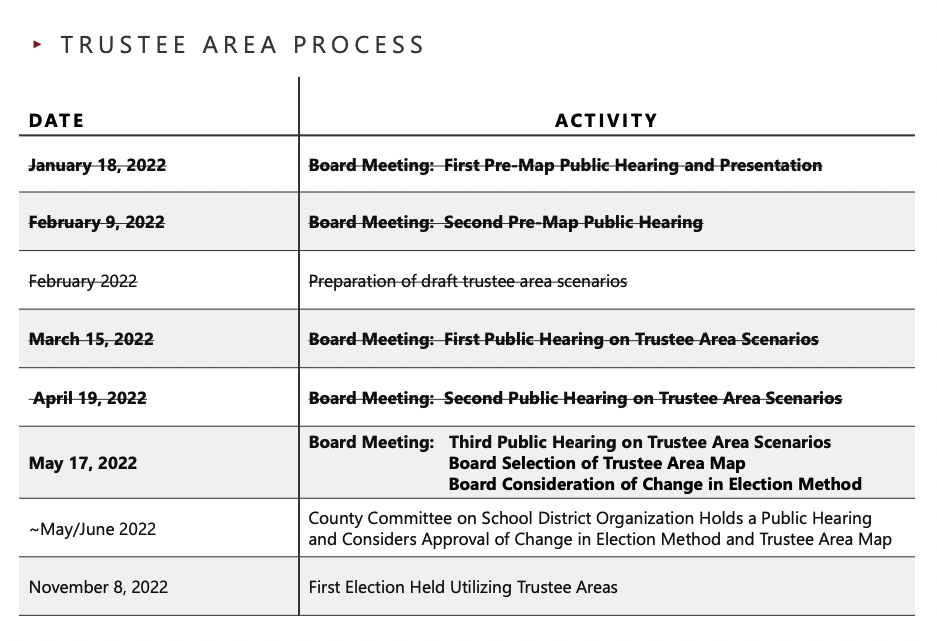